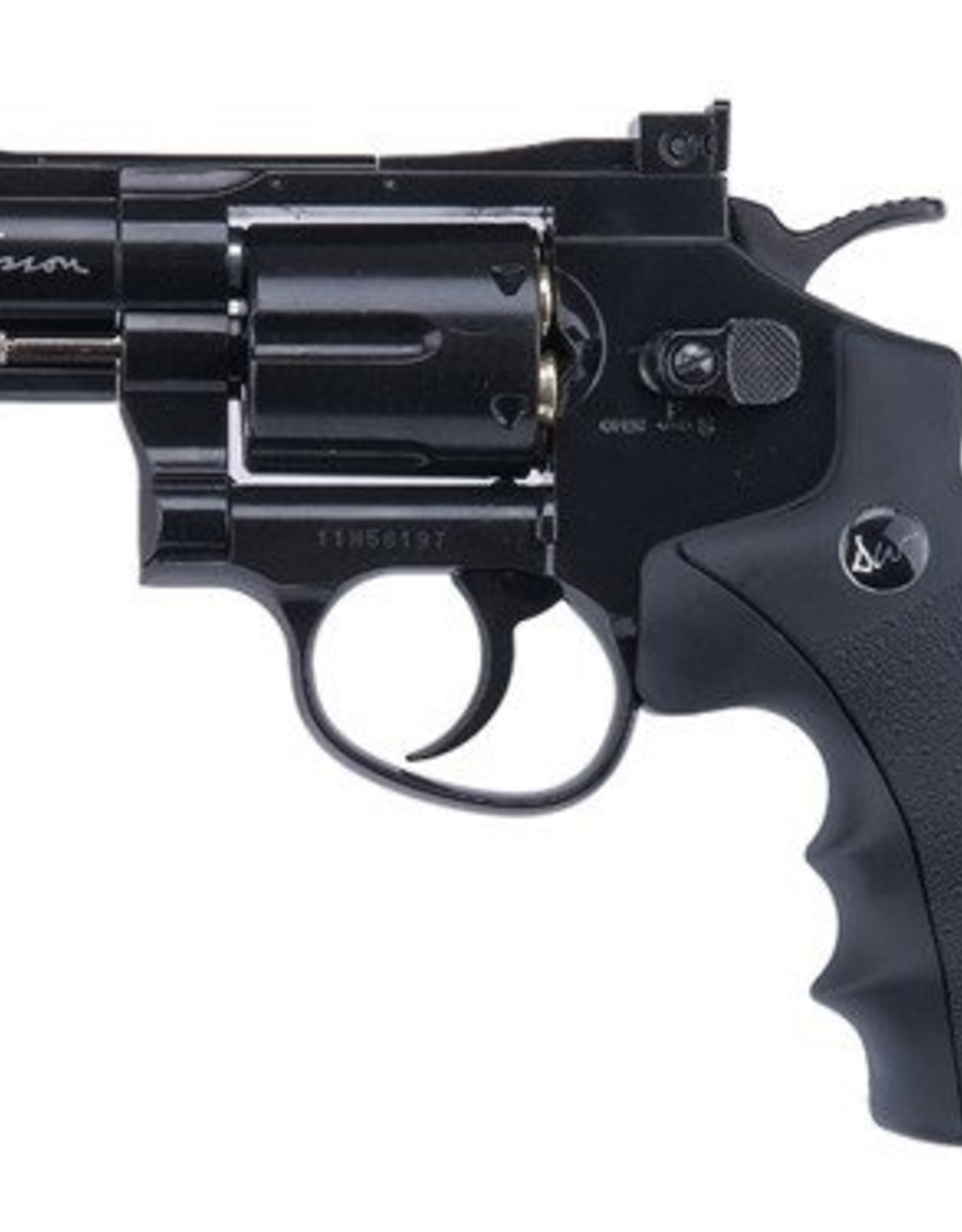 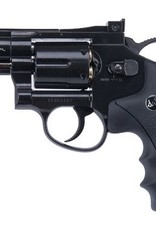 The revolver is powered by CO2 capsules. The bullet chamber is located in the pistol grip and it is opened by taking of the whole pistol grip’s covering panel. The muzzle velocity reaches about 400 FPS. After shooting a few rounds the muzzle velocity stabilizes at the level of about 380 FPS.

The drum is the magazine which holds six dummy cases that hold 1 BB pellet each. You can shoot the weapon either by squeezing the trigger or by cocking the hammer first. After the hammer is cocked, the trigger operates lighter. The replica is also equipped with a 22mm RIS rail that is located under the barrel. The  RIS rail is mounted with a hex screw and it is possible to detach it.