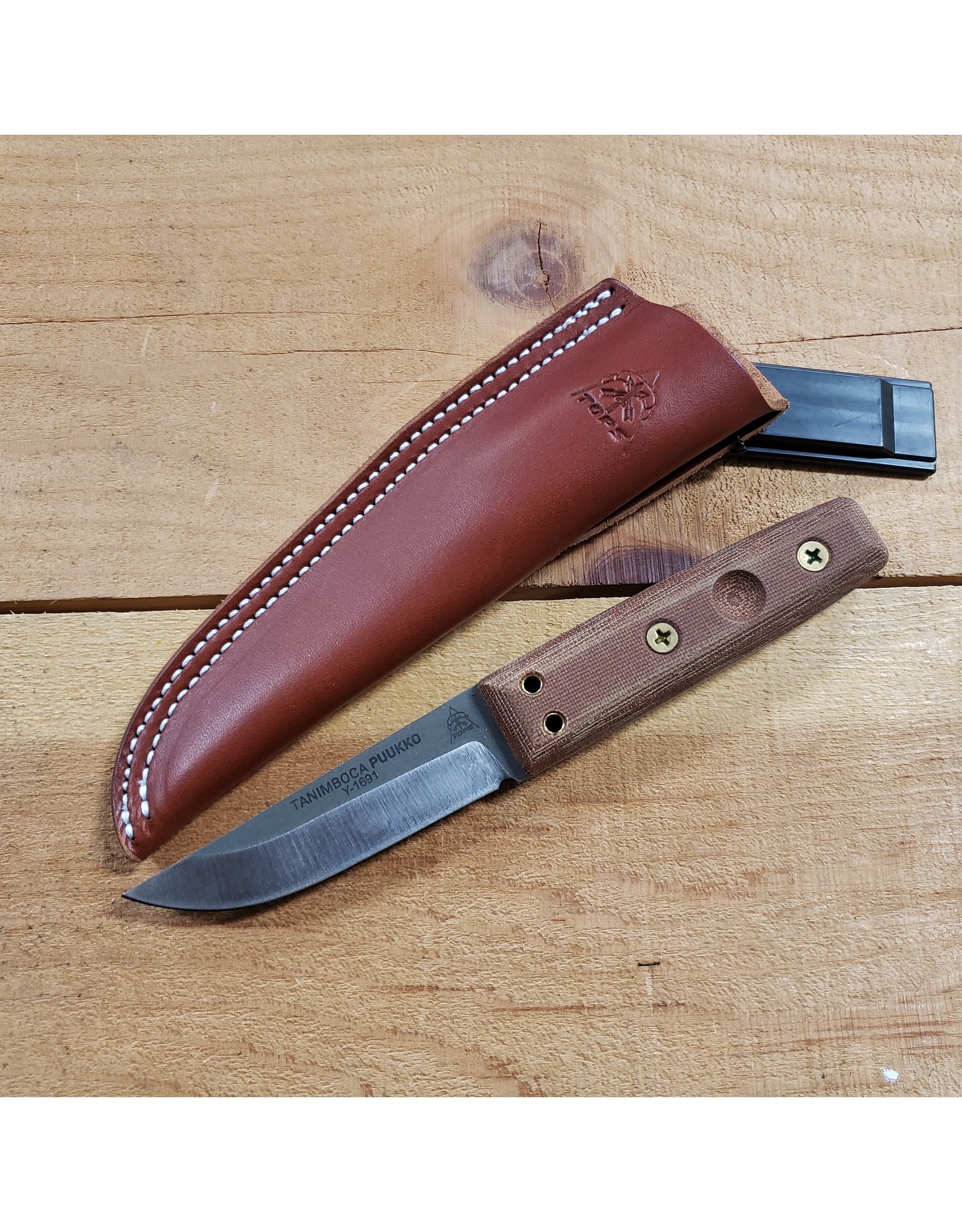 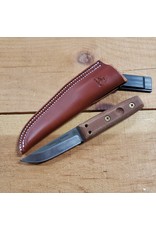 Puukkos are a style of knife originally developed in Scandinavia. Through the years, they have remained largely unchanged. Characteristically, they are Scandi ground knives with thick, round wooden handles. Most do not have a finger guard, which allows the person using it to get their hand as close to the cutting edge as possible. This gives the user very precise and controlled cutting. Its simplistic design is both useful and intuitive and has definitely withstood the test of time.

To make the Tanimboca Puuko, TOPS has teamed up with Goran Mihajlovic. Goran is originally from Serbia but grew up in Germany. He has lived in Colombia now for the last 20 plus years. He owns a nature reserve called Tanimboca that houses hundreds if not thousands of species of plant, animal, and insect. Throughout his entire life, he has been a knife user and enthusiast. In recent years he has begun making knives at his forge in the Amazon jungle. He prefers Puukkos for their ability to perform well at large variety of cutting tasks.

The TOPS version of his design mixes traditional elements with TOPS’ style. It has the classic Puukko blade with a very slight clip point. The spine is ground to 90 degrees for scraping tasks. Well-rounded Tan Canvas Micarta handles with red liners honor the traditional style. The knife sits deep in the leather sheath. Add a breakaway chain or paracord and it can easily be worn as a neck knife when needed. Once you get your hands on the Tanimboca Puukko, you won’t want to put it down.