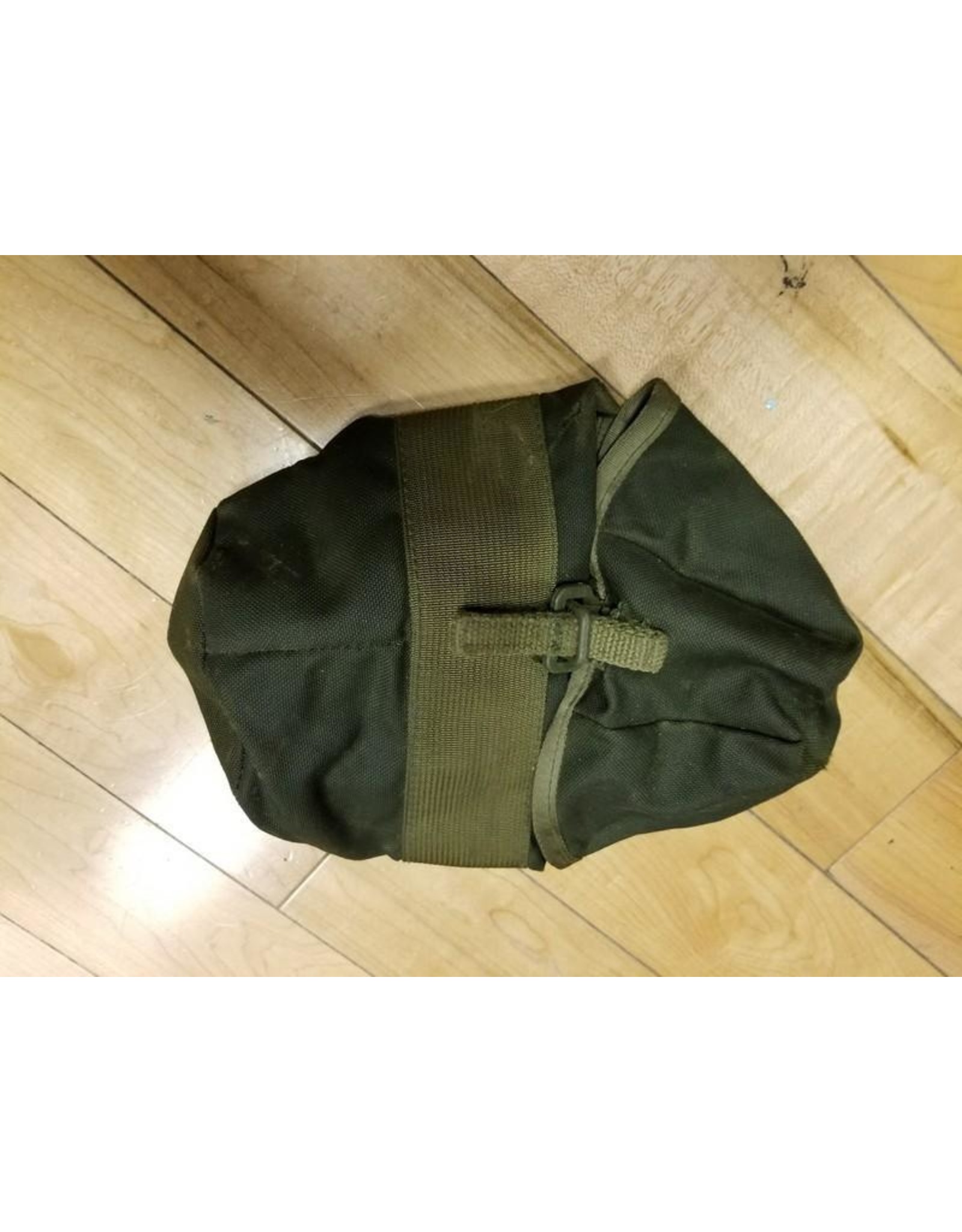 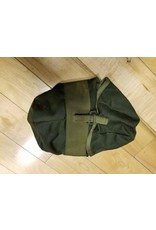 The official manual refers to this as a Canteen Carrier, though the Canadian term "water bottle" is generally considered more appropriate. The water bottle nested into a metal canteen cup which could be used for boiling water to make hot tea, juice crystals, etc. and both were then placed in the carrier. The carrier could also be used to carry later patterns of thermos. The carrier attached to the utility belt in the same manner as the magazine pouches - a velcro flap, and four plastic hooks, and secured closed with a cotton webbing tab tucked into a plastic buckle.